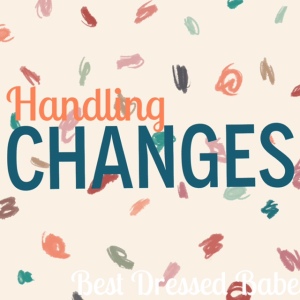 It’s no secret that babies and toddlers are creatures of habit. They thrive on routine and consistency. But if I know one absolute truth about parenting it’s that change is inevitable. Just when you think you have the hang of something here comes another curve ball. Personally it’s always scary to tackle new transitions especially when things are already going smooth. I’m a planner and the uncertainty makes me uneasy. More often than not it seems easier to just “wait” and maybe take on the change at a later time.  While it may seem like an easy solution at the time, I promise you if you just stick with it, the transition will fly by in no time and the new norm will be created.

Just this morning I dropped Ari off at preschool and watched as he effortlessly hung his jacket on the “Ari” hook, put his boots away, and joined the other kids at the breakfast table.  He was smiling, showing off his strawberry oatmeal, and interacting with his classmates. I gave him a kiss on the cheek and left the room as he smiled back and told me to have a good day. When I got to my car I was beaming with pride. You see transitioning to full day preschool wasn’t exactly easy for Ari. There was a time that he was gripping onto me for dear life and sobbing “Don’t go Mommy” “I’m going to miss you”.  I’d leave feeling absolutely terrible.  Why was I making him do something when he was so upset about it? He was used to going to the same daycare as his sister and his best friend and my man was used to his routine. He was now faced with an uncomfortable change of being in a new environment with new people. Drop offs continued to be hard and I tried to blame lack of sleep or even the holidays for a bad day, a bad week, and eventually an entire bad month of drop offs.

There were several times that my husband and I questioned our decision to send him and considered “waiting” another year. Waiting until he was “ready”.  Waiting until he was another year older. But then my mama instinct kicked in. He was ready. I actually wrote about his readiness in the beginning of the year and how this particular program was right for him.  Instead of pulling him out, I spoke with his teachers and they assured me that he was handling preschool just fine.  That within 15 minutes of me leaving each day he was happy, interacting with his classmates, and that he was in fact thriving in preschool. He had to go to school at some point and with the demanding kindergarten curriculum I really wanted him to get acclimated to school ahead of time.  So instead of taking the easy route and waiting we decided to continue to send him to preschool.  At home we made sure to talk about how great preschool was, we offered him incentives for having good drop offs, and we assured him that going to school was a good thing. The change in Ari’s attitude didn’t happen overnight. We still had terrible drop offs, I still questioned our decision, but eventually the sobbing turned to little frowns, and finally he was smiling and confidentially saying bye!

The moral of the story? When it comes to raising kids change is inevitable. I’m not suggesting make life altering changes before your babe is ready, but when it’s time, be ready with some of my tips below. My husband and I tackle all changes the same way; as a team. Whether it’s something small like taking away a bottle or moving to one nap. Or if its something large like adding a new sibling, moving to a bed from the crib, or going to a new school. Kids need time and they need consistency. When both parents decide on a plan and stick with it the change doesn’t seem so bad.

Do you have a change or a transition you are about to face? Try these tips. Honestly they apply to almost every parenting transition.

-Make sure you have a plan and stick with it. Don’t give up the first week of doing something new. Did you know if takes 21 days to form a new habit?

-Plan for set backs and what you are going to do when things don’t go according to plan. Definitely have a plan B and C!

-Get everyone on board. Parents and other caregivers must be consistent during the transition. Mom says no paci, but babysitter sneaks it anyways? Not going to work.

-Keep it positive! Once children are old enough to understand and pick up on your behavior it’s important not to show frustrations.

-Trust your instincts. If you babe isn’t really ready, don’t push it.

Oh what a year it has been!! The babes have grown so much over the past year and I wanted to share some of our favorite trends from 2014! 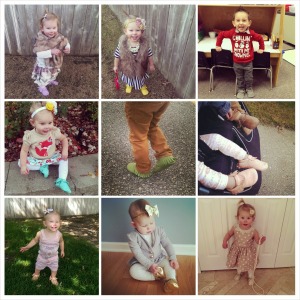 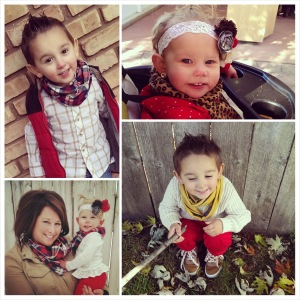